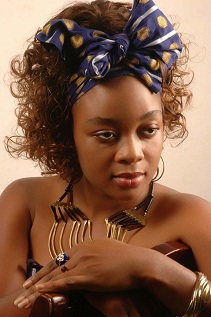 I am writing to set the record straight about the TV programme which was aired on Sunday 7th March 2010 on BBC Three at 9pm.

I am a true Princess from the Buganda Kingdom and my brother Kabaka (king) Ronald Muwenda Mutebi II is the present ruling King of Buganda. The woman featured on the programme Sheila Nvanungi IS NOT A BUGANDA PRINCESS OR A MEMBER OD THE BUGANDA ROYAL FAMILY. This woman started out using the name Princess Sheila Nvanungi as a stage name but now to put in reality, it’s shocking. She is well known in Uganda capital Kampala as a singer and has appeared in a film but since 2004, she has hardly brought out any songs and was rumoured to have many problems.

We are angry and shocked that BBC could make such a programme without verifying the authenticity of this person. I watched last years programme ”The Undercover Princes” and enjoyed it but after seeing this one yesterday, it has made me question if these people are true Prince and Princess or has it all been staged by the BBC for the sake of getting viewing ratings and good entertainment!

1. I hope the people who watched the programme yesterday wondered why we never went inside any Palace. The Buganda Kingdom has three Palaces named Banda, Kireka and Bamunanika. None of the three was shown on the show let alone see this woman inside.

3. This woman acted very primitive but Members of the Buganda Royal Family are well educated who have attended Schools, Colleges and Universities here in Britain and America. Even at this moment, we have young members of our Royal family at boarding school here. Yes, we do know what jacket potato, beef burger and coleslaw are but this woman did not have a clue.

It is shocking how primitive this woman came across in the programme. She has ashamed, humiliated and embarrassed the Buganda Kingdom. I hope you will be able to print this for us in order to set the record straight.